Dupuytren Disease, What should I know?

According to ASSH (American Society for Surgery of the Hand) Dupuytren Disease consist of an abnormal thickening of the tissue just under the skin, affecting to the palm and fingers. Progressively, nodules and cords appear in that location, limiting fingers motion and blocking into flexion. That is known as “Dupuytren Contracture“.

American Society for Surgery of the Hand

A perfect knowledge of palmar structures of the hand will determine the proper management of that disease.

We consider important to start with a brief review of the Palmar Fascia. From Proximal to distal we have: 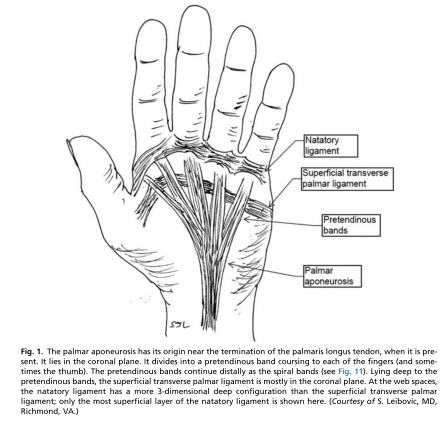 Most of the time, Dupuytren´s Disease usually begins as “nodules” which progressively develop into cords.

That evolution is described into the bibliography divided in three stages:

In this stage, nodules start to appear in fatty and superficial areas predominantly. Those nodules are gradually filled of myofibroblasts in a dense and chaotic organization, which produces ischemia. In that Dupuyytren stage, cells stop their activity and shortening is definitively established.

Most of the time, nodules grow from normal fascial structures, and present as an abnormal thickening of hand fascia. Typically between superficial Fascia structures and skin.

Dupuytren´s Contracture follows the multiple anatomical structures of palmar fascia. That´s why is so important to perfectly know those structures for a correct management.

Usually start with that thickening at the Pretendinous Bands and Natatory Ligament, being 4th finger the most common. Then, Digital fascia starts to be affected, and progressively Fingers motion will be limited.

Global datas of prevalence are different, vary from 3-42% depending of the country. It seems to be more prevalent in North Europe and in light-skinned people.

For example, Dupuytren Disease reaches 30% in Norwegian population over 60 years old. In Spain, datas are progressively increasing every year. 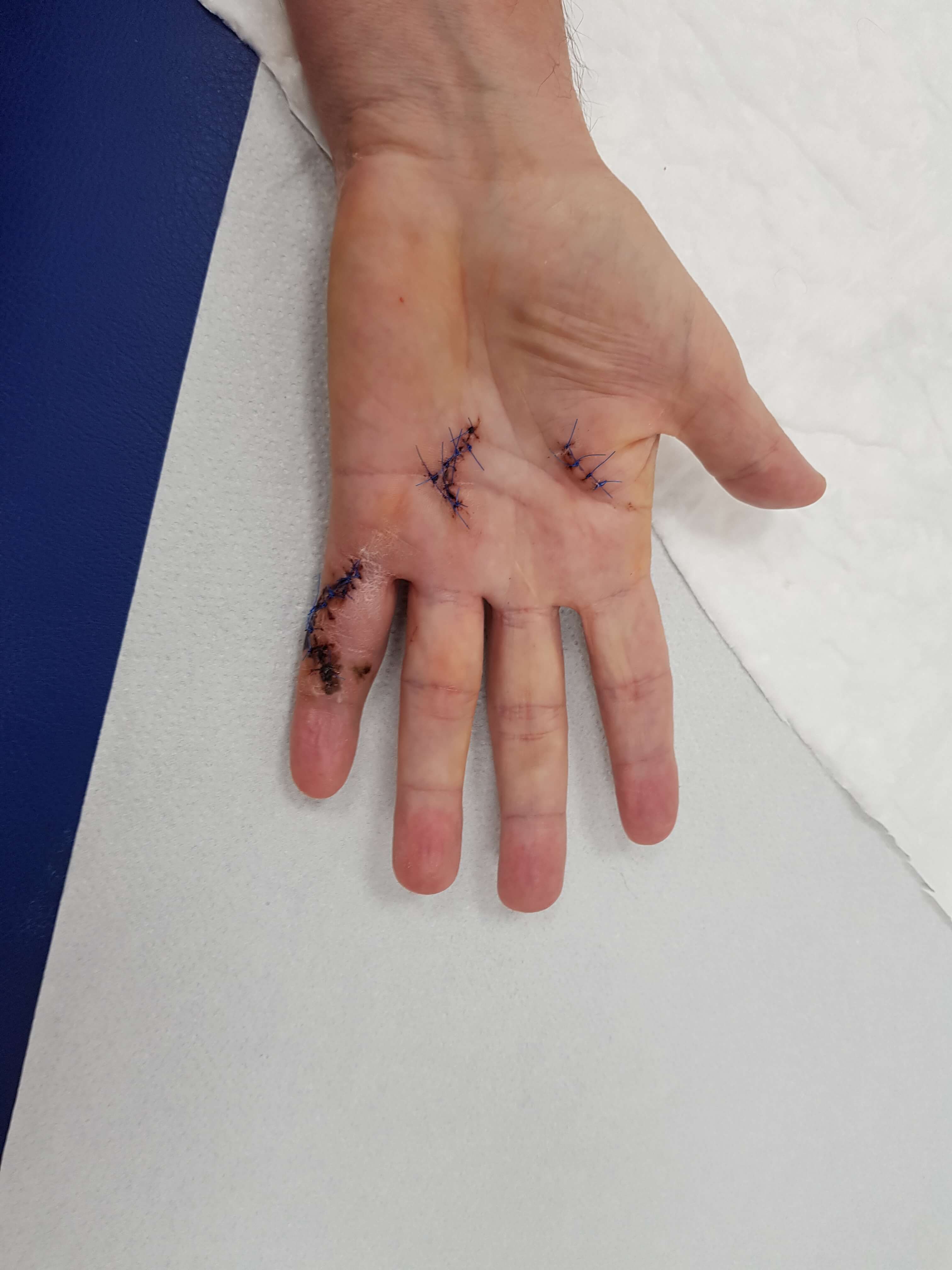 Some authors propose an autosomal dominant hereditary factor as predisposing to Dupuytren appearance.

Also, other factors are proposed in bibliography:

Risk of Dupuytren increase with age. The mean of appearance is 49 years old with family history. That´s why:

Women´s appearance of Dupuytren is lesser than in men, with ratio from 7:1 to 15:1 recorded.

injuries, works with hand and fingers implications, infections, previous surgery or exposure to vibration have been suggested as predisposing factors for Dupuytren occurrence. That relationship is not actually clear and is a controversial issue in published articles. We cannot conclude that Dupuytren has correlation with that habits.

What we can really relate to the tobacco comsumption are complications post-surgery. A greater probability and severity of suffering from problems after a surgical management has been associated in different articles.

Lack of robust evidence is present when author has tried to analyse the relationship with both patologies.

The only condition that is inversely related with Dupuytren Disease is RA. There is a significant reduction in prevalence in these patients, suggesting a protective genetic factor.

When this condition causes disability in patient´s hands, surgical management is the first option. Preventive treatment through exercises, stretching or splints has not proven to be effective, although much literature has yet to be written.

One of the most common surgeries are Fasciectomies. Once surgery is finished, physiotherapy and Occupational Therapy will have an important role to recover patients:

Are often used after surgical intervention to maintain the mobility gained in fingers. It is usually recommended to wear it 24 hours a day during the first week. Then, progressively, only using it at nights. Reviewing the literature on Dynamic Extensor Orthoses and Static Orthoses. no clear data are shown. But we can conclude:

Tendency of many health proffesionals after surgery is to completely inmobilize fingers, instead of progressively moving it. That promotes further shortening of joints that has been released.

Therapeutic Exercise monitored by physiotherapist, hand therapist or TO is essential in order to maximize funcionality and prevent comorbilities and shortening.

Those exercises must be individualized and prescribed by the therapist. Also, tissues response to that stimulus must be constantly monitored.

Here is an example of an exercise prescribed with ReHand App, where patient perform his treatment protocol on a tablet.

Start using ReHand on your tablet

It is so important to emphasize that active exercises produce less stress in tissues than passive exercises, so it will be always recommended to start them as soon as possible in the Inflammatory and early fibroblastic stages of tissue healing.

One example could be a Tendon Gliding exercise.

Every single health proffesional that conforms multidisciplinary team  promote the patient to be as active as possible in his post-operative period. Examples as explaining how to perform daily living activities protecting their scar or how to improve their exercises. 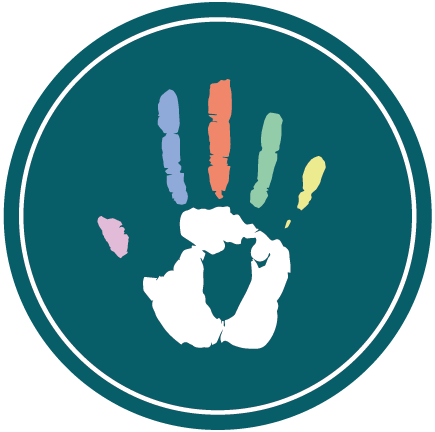